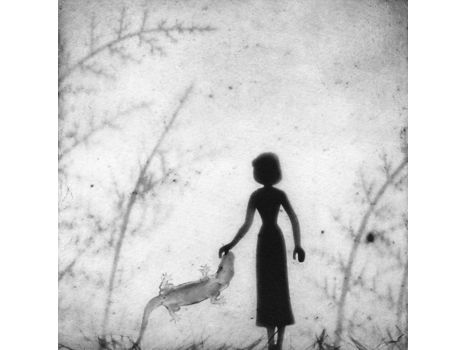 "In 2016 two major floods affected vast portions of Louisiana, inspiring this series about weather anxieties and the precarious act of making a home on vulnerable land. The widespread devastation left me once again questioning the long-term viability of living in a place where we are at constant risk of being inundated from above and below."

ABOUT JENNIFER SHAW: Jennifer Shaw is a fine art photographer whose work is based on both a world observed and a world constructed, often focusing on the fleeting and personal within the sphere of her immediate surroundings. Her photographs have been featured in Oxford American, Shots, Black + White Photography (UK), NPR, Lenscratch, and PDN, and are published in two monographs: Hurricane Story (2011), and Nature/Nurture (2012).

Shaw grew up in Milwaukee, studied photography at the Rhode Island School of Design, and then moved to New Orleans in pursuit of the artist’s life. Shaw’s work is exhibited widely and held in collections, including the New Orleans Museum of Art, the Ogden Museum of Southern Art, and the Museum of Fine Arts Houston."