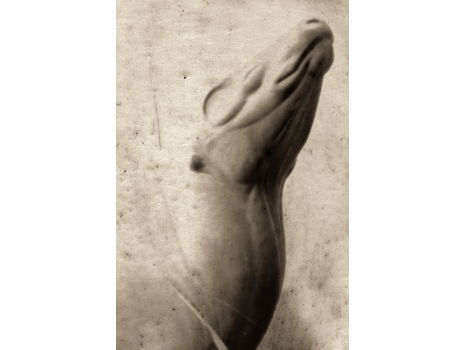 ABOUT LOUVIERE+VANESSA: Jeff Louviere and Vanessa Brown make their home and art in New Orleans. Their work combines the mediums and nuances of film, photography, painting, and printmaking. They utilize Holgas, scanners, 8mm film, destroyed negative, wax, gold, and blood. They have a long fascination with themes of duality and paradox: beauty as horror, creation as destruction, the personal as a universal. Craft, concept, and history are the devices they use to explore the gray zone within those themes.

Since Louviere + Vanessa began showing professionally in 2004, they have been in more than 50 exhibits and film festivals in America and abroad. Louviere + Vanessa’s photographs and films are held in the collections of The Museum of Fine Arts, Houston, George Eastman House, New Orleans Museum of Art, Ogden Museum of Southern Art, as well as the Ford Foundation and the film archive for Globians International Film in Potsdam, Germany.

Louviere+Vanessa is represented by A Gallery For Fine Photography in New Orleans.