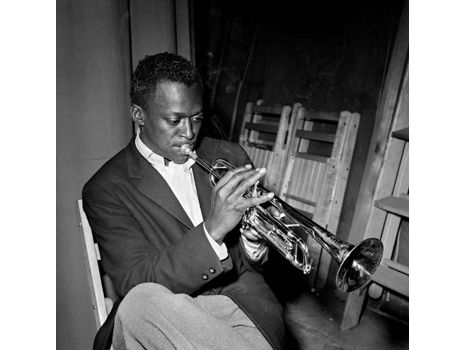 “When people think of the jazz, their mental picture is likely one of Herman’s photographs.” – Quincy Jones

ABOUT HERMAN LEONARD: In 1932 at age 9, Herman Leonard (1923-2010) witnessed an image being developed in his brother’s darkroom and became enthralled with the magic of photography. In 1947, after a WWII stint in Burma with a medical squad and graduating from Ohio University with a BFA in Photography, Leonard worked as an apprentice with Yousuf Karsh.  In 1948 Leonard moved to New York City and opened his own studio. With his camera as his free ticket, he photographed and developed friendships with the greats of Jazz history including Dizzy Gillespie, Billie Holiday, and Duke Ellington.

Throughout his long life, he traveled and lived around the world, capturing images with his distinctive style. Whether he was photographing Miles Davis, Frank Sinatra, Louis Armstrong or a street musician in his home in New Orleans, Leonard's smile, warmth and engaging personality continued to open doors for him and his camera; to reveal a world we might have missed. His photographs are part of the permanent archives of the Smithsonian Museum in Washington, D.C., where they are considered as essential to American music history. His legacy has continued to be honored with major touring exhibitions of his work including the GRAMMY Museum in Los Angeles, Jazz at Lincoln Center in NYC, the San Francisco Jazz Center (SFJAZZ), The National Portrait Gallery in Washington, DC, and The Clinton Presidential Center.