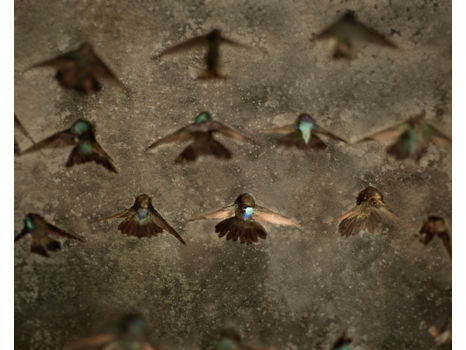 PhotoNOLA is honored to feature Keith Carter as the keynote speaker this year.

ABOUT KEITH CARTER: Keith Carter has explored time, place, and vernacular culture for close to fifty years. His work has been exhibited in over one hundred solo exhibitions in thirteen countries. Thirteen monographs of his work have been published, six of them by the University of Texas Press along with two documentary films: Keith Carter: The Artist Series by Ted Forbes, and A Certain Alchemy, Anthropy Arts. He has contributed to nine additional anthologies over the years. A fifty-year retrospective book is scheduled for release fall 2018 from University of Texas Press. He has been described as a "Poet of the Ordinary" by the Los Angeles Times (1994) and received the Texas Medal of Arts in 2009.

PhotoNOLA 2018 is honored to feature Keith Carter as the keynote speaker.

Donated By: A Gallery for Fine Photography
Keith Carter